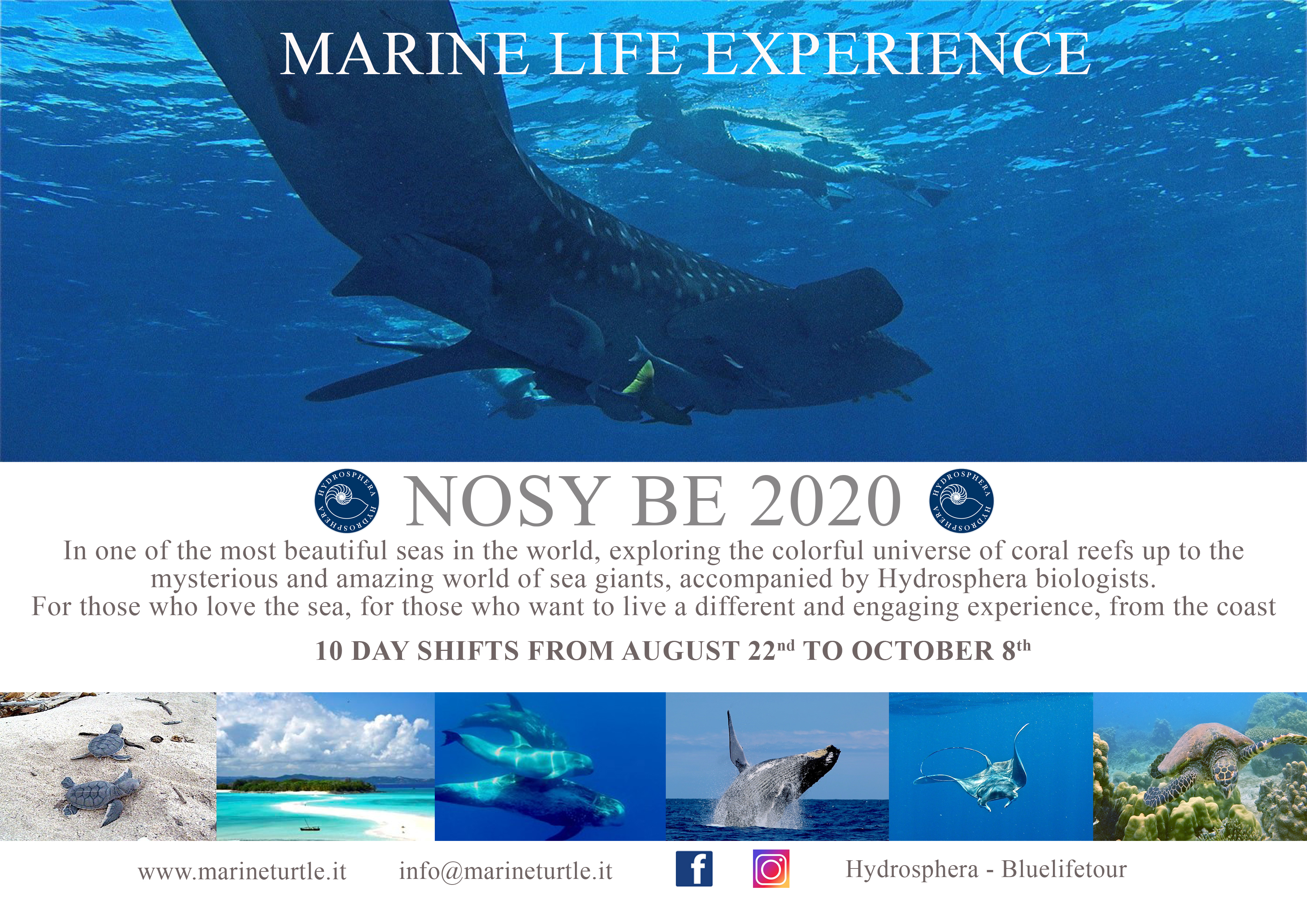 On the Tropic of Capricorn, off the coast of Mozambique, surrounded by a paradisiac sea, stands the fourth largest island in the world, Madagascar; also called the continent island for the richness of its environments and for the great biodiversity that characterizes its territory.
Madagascar can also boast an extraordinary marine beauty: sea turtles, humpback whales, dolphins, whale sharks swim in its waters surrounded by coral reefs.
The biologists of Hydrosphera, which has started a study on the distribution of sea turtles in the area through the technique of photo identification, will accompany you on this journey where nature reveals itself in all its magnificence.