The Magic of the Continent Island 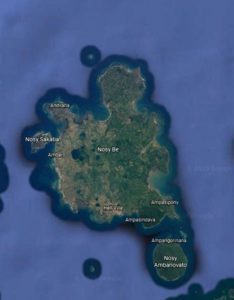 On the Tropic of Capricorn, off the coast of Mozambique, surrounded by a paradisiacal sea, stands the fourth largest island in the world, Madagascar; also called the mainland island for the richness of its environments and for the great biodiversity that characterizes its territory, just think of the countless endemisms.

Madagascar also boasts an extraordinary marine beauty: turtles, humpback whales, dolphins, whale sharks, they swim in its waters surrounded by coral reefs.
Hydrosphera biologists will guide you on this journey where nature is revealed in all its magnificence.

Nosy Be, an island with exceptional fauna and flora, a treasure trove of endemisms, among which, just to name the most characteristic, the lemurs, frogs, chameleons and butterflies stand out, which well justify its reputation as little paradise.
Nosy Be is also called perfume island, thanks to the fragrances emanating from plants and spices such as ylang ylang, coffee, vanilla, cocoa, pepper, geranium, cinnamon, frangipani and many others.
At sea from August to October, you can watch the large gathering of humpback whales (Megaptera novaeangliae). The Indian Ocean offers one of the most exciting natural spectacles on the planet. Hundreds of these cetaceans, during the southern winter months, make the usual migration from Antarctica to the temperate waters of Madagascar. The warm waters around Nosy Be represent a stretch of sea free from their natural predators and an ideal place for both courtship and weaning of puppies, before resuming the road to Antarctica. In this period the humpback whales cross the Mozambique Channel and with their evolutions and their songs make the outings in the sea an unmissable experience. From September to January the abundance of plankton and water from the highest temperature provide the ideal conditions for the approach of the whale shark (Rhincodon typus), the largest fish in the world. Sea turtles intent on foraging or laying eggs are present throughout the year.

ACCOMMODATION
The base is in a two-level villa in Nosy Be, facing the beach, in the Madirokeli area; consisting of 4 double or triple bedrooms, each equipped with a safe for valuables and money, three bathrooms, a large kitchen and a large porch overlooking the garden overlooking the sea. The staff will be staying in the same house or nearby. 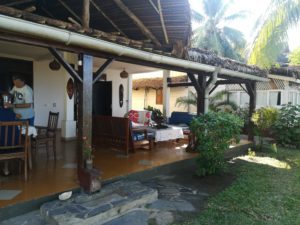 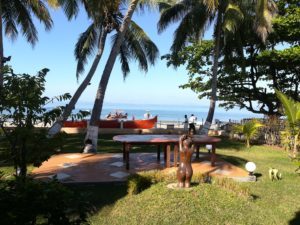 EXCURSIONS TO OTHER ISLANDS

From the villa, by boat, we will move to Nosy Sakatia, Nosy Tanikeli and the splendid and more distant Nosy Iranja. 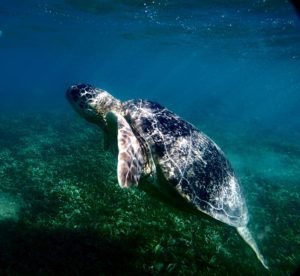 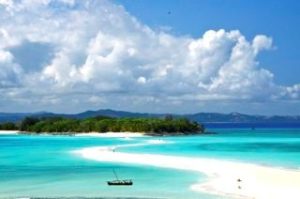 2. Nosy Iranja, located south west of Nosy Be, can be reached in about an hour and twenty by speedboat. The island is actually made up of two small islands, Nosy Iranja Be (200 hectares) and Nosy Iranja Kely (13 hectares), connected by a thin strip of white sand that can be crossed and only visible during low tide. Considered a pearl for its crystal clear water and its white sand, it is a nesting site of the Chelonia mydas, better known as green turtle, and here we will come to witness the depositions and the hatches. Obviously the events are not guaranteed, a bit of luck is always necessary … In this paradise it will be possible to stay in close contact with nature far from the technology and the rhythms of everyday life. 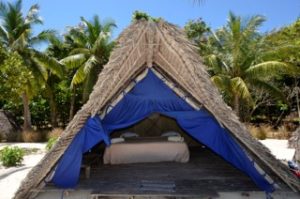 We will stay in wooden huts on the beach equipped with double mattress, sheets and a mosquito net, with shared bathrooms. Without electricity and internet you can fully enjoy the starry sky and the sound of the sea, detaching for a moment from the rest of the world. Since the distribution of turtles in the area is little known, explorations are planned in the neighboring areas to obtain a picture as complete as possible of the situation.

3. Nosy Tanikeli is a small island and Marine Park about 20 minutes away from our base; in the study area it is the one that has the largest and richest coral reef, where you can admire dozens of species of corals, sponges, fish, as well as the hawksbill turtle (Eretmochelys imbricata). On the ground it is easy to spot lemurs, and more fortunately, some chameleons. 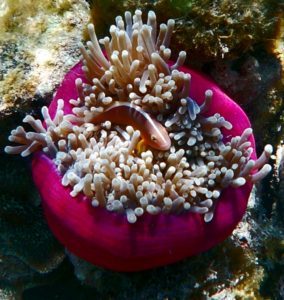 WHAT YOU WILL DO

+ 2h compared to Italy, + 1h when daylight savings time is in Italy. In September it will therefore be + 1h.

The tourist visa will be applied to your passport for the duration corresponding to your stay. The cost of entry visa to Madagascar is 80,000 Ar, equivalent to about € 35 (at current exchange rates) per person for stays of less than one month. Entry visas can be purchased on site, upon arrival at the airport. It is also mandatory to have a return ticket. The airport security tax is included in your flight ticket. The city tax is € 2.00 to be paid on the spot, usually at the hotel. Don’t forget to check that your passports are valid and that the deadline is not less than 6 months.

The currency used is the Ariary (Ar) which has now replaced the old Malagasy Franc (FMG). In the stalls, markets and boutiques your euros will not serve much or if accepted they will be exchanged at a lower exchange rate than the current one. During the year there are currency changes and € 1 can have a fluctuating value between 2.500Ar and 3.600Ar. At Hell Ville there are several banks such as BFV-SG, BNI, BMOI where it is possible to exchange currency or withdraw cash from branches; for each withdrawal you will be charged commissions for the equivalent of about € 2.00. Bring an adequate supply of cash with you because it is not always easy to withdraw money from an ATM. The banks are only located in the city and with times that are not always compatible with our activities.

You are in Madagascar, the card is not very common, it is accepted in hotels but very little in shops. Where available, VISA and MasterCard cards are more easily accepted. While for Maestro and American Express cards you may have problems with payment and /or withdrawal. ATMs that are not enabled for abroad can easily leave them at home, you won’t need them here. Wherever you pay by credit card you will be taxed from 5% to 7% compared to the total amount.

It is recommended to take out before departure an insurance policy that includes the coverage of medical expenses and the eventual medical air repatriation (or transfer to another country) of the patient. It is also preferable that health insurance guarantees the opportunity to obtain cash advances in the event of hospital admissions. Often, in fact, no health service is provided by private clinics without the advance payment of a deposit (which can sometimes be very high).

On the island of Nosy Be there are two hospitals, one in the capital Hell Ville «Hospital Be», used mainly by the local population, and the other is the Santa Maria delle Grazie health center «A Hospital for Nosy Be», at around 5 km from our accommodation, which acts as a point of reference for care for tourists and European residents. The clinic has two operating rooms, radiology, ultrasound machine and you can do as many as 30 basic analyses.

In Nosy be there are four pharmacies of which, two in Hell Ville, one in Ambatoloaka and one in Dzamandzar, all are well stocked with either European or equivalent medicines, or with specific drugs for tropical areas that are more effective in most cases those that normally you are bringing on the trip. In addition to pharmacies, there are those who call at these latitudes “espace medical”, which are actually surgeries and can be found in various areas of the island.

Vaccinations have always been a great dilemma, as far as antimalarial prophylaxis is concerned; we therefore recommend that you contact your doctor even if, unlike other African countries where it is mandatory, it is only recommended here.

We can also advise you to visit the official pages of the Ministry of Health of your country to keep up to date with the latest health information.

You might find it useful to make the basic vaccines of the adventurous traveler: typhus, tetanus and cholera in the event that your routes include very remote areas but certainly not for Nosy be.

In Nosy Be the climate is tropical, warm all year round, with a wet and rainy season from November to April, and a dry season from May to October. In the period we could define as winter, from June to September, at night the temperature often drops below 20 degrees, and sometimes it can drop to around 15/16 degrees, but by day it is almost always hot, thanks to the winds that blow from the interior of Madagascar.

For more info write to: info@marineturtle.it

On this website we use first or third-party tools that store small files (<i>cookie</i>) on your device. Cookies are normally used to allow the site to run properly (<i>technical cookies</i>), to generate navigation usage reports (<i>statistics cookies</i>) and to suitable advertise our services/products (<i>profiling cookies</i>). We can directly use technical cookies, but <u>you have the right to choose whether or not to enable statistical and profiling cookies</u>. <b>Enabling these cookies, you help us to offer you a better experience</b>.